Facial liposuction, also called submental or submentum liposuction, is the removal of fat from under the chin using a suction device. In other words, it is a way to rid yourself of a double chin, jowls, or chubbiness under the chin.

The fat is sucked out from either an incision in the mouth (intraoral) or an transdermal incision under the chin. This kind of liposuction can make your face and neck look significantly thinner and make you look like you’ve lost a lot of weight. It can help rescue a receding or too-small chin. Some patients even request or may benefit from both chin liposuction and a chin implant to make the chin more prominent and balance the face.

The removal of this excess fat fat can significantly define a lower facial structure. It can also be done in conjunction with buccal fat extraction, a surgical procedure that manually extracts excess fat from the cheeks.

Are You a Candidate for Facial Liposuction?

If you are thinking about facial liposuction, you should be in good health and not have any active diseases or pre-existing medical conditions. You must be able to tell your surgeon what you want and how you want to look if he or she is to help you. Discuss you goals with your surgeon so that you both can reach an understanding with what can realistically be achieved.

You must be emotionally stable to undergo facial liposuction. There is a healing period that may be rough and some people experience a period of depression after any surgery. If you already have a pre-existing emotional problem, this low period can develop into a more serious issue. Please consider this before committing to the procedure.

However, if you find that your under chin area or jawline looks pudgy or lacks definition, you may wish to consider this procedure. Although it is not a very invasive procedure, it will cause discomfort and swelling and you will have to take it easy to get the best results. Consider all of this before deciding if facial liposuction is for you.

In most types of liposuction, the surgeon uses a thin tube called a cannula that is inserted into a pocket of fat through a small incision. The cannula is run back and forth to break up the fat and the fat is then suctioned out through the cannula by a vacuum device.

How Facial Liposuction Is Performed

A facial liposuction procedure normally takes about 45 minutes to an hour to perform.

Facial liposuction does not differ much from liposuction elsewhere on the body, except in scale. A smaller area is being treated and a smaller amount of fat (usually only a few ounces) is being removed.

Facial liposuction is usually done under light sedation with local anesthesia, unless you are having other facial procedures or other cosmetic surgery done at the same time.

Your surgeon will make an incision about 2 to 4 cm long either in the angle of your lower jaw, just under your chin, or between your gums and the bottom of your inner lower lip.

With the external incisions (at the jaw angle or under the chin), the cannula will be inserted into the incision and the tip will be moved back and forth to loosen the fat. The suction will remove the loosened fat cells.

With the intraoral incision (in the mouth), care must be taken as to not press the cannula directly against the under part of the skin. This can remove too much superficial fat and create dents or lumps, or mottle the skin. Some surgeons prefer the external incisions although with proper skill the intraoral technique can produce a wonderful result.

Either way manual fat removal is also an option, as with buccal fat extraction, and for many surgeons a preference.

The incisions are then closed. You may have an antibiotic-soaked piece of gauze placed between your lower lip and your gums and a pressure dressing is wrapped around the top of your head to underneath your chin.

Take it easy and sleep on two pillows to keep your head elevated for the first 1 to 2 weeks, or however long your surgeon says. Your neck and lower face will look even more swollen a few days after surgery then they did on the first day. But the swelling will dissipate, as will any bruising.

If you have intraoral incisions, your diet may be restricted. Wash all fruits and vegetables and avoid raw fish (sushi) and very rare meat or other foods that could contain high amounts of bacteria. These foods could increase your risk of infection. You will probably be told to rinse with an antiseptic solution several times a day. Don’t play with the incisions with your tongue or pick at them.

Your swelling will subside within a few weeks and your chin will become more defined. You may experience odd sensations of hollowness under your chin, tingling, sporadic sharp pains, or pulling, burning, and cold sensations. These are normal and usually subside within the first few weeks.

There is the risk that your chin and cheeks may be numb; usually, this is temporary and subsides within the first few weeks. However, it could become a permanent issue. Puckering of the skin under the chin may also occur. Excess scar tissue and lumps are possible as well. 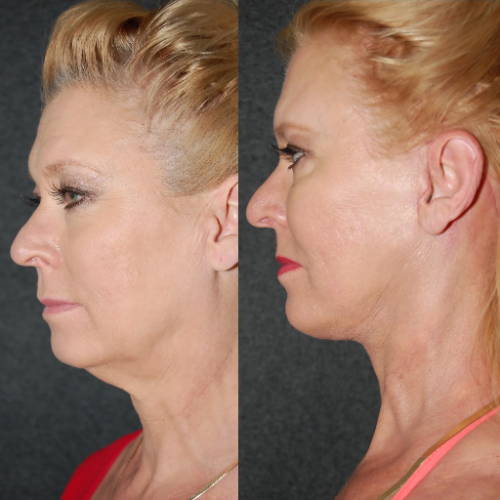 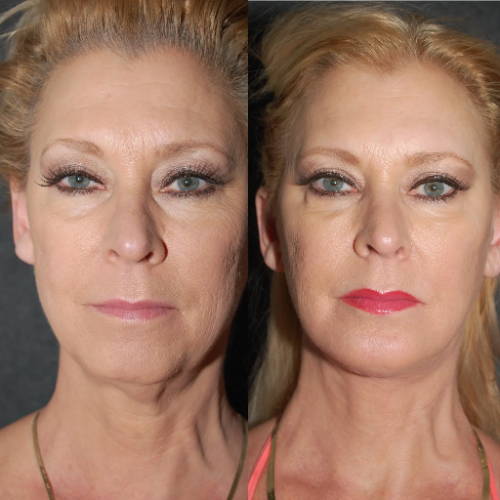 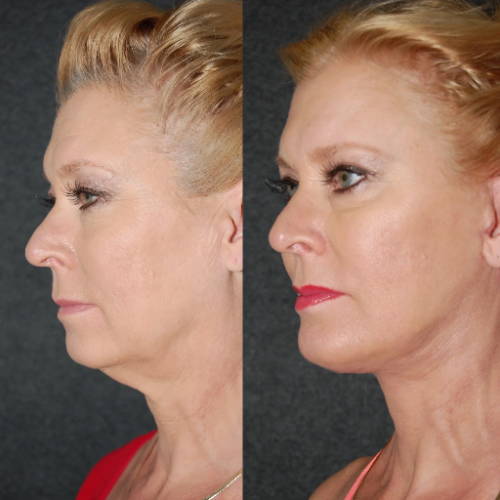